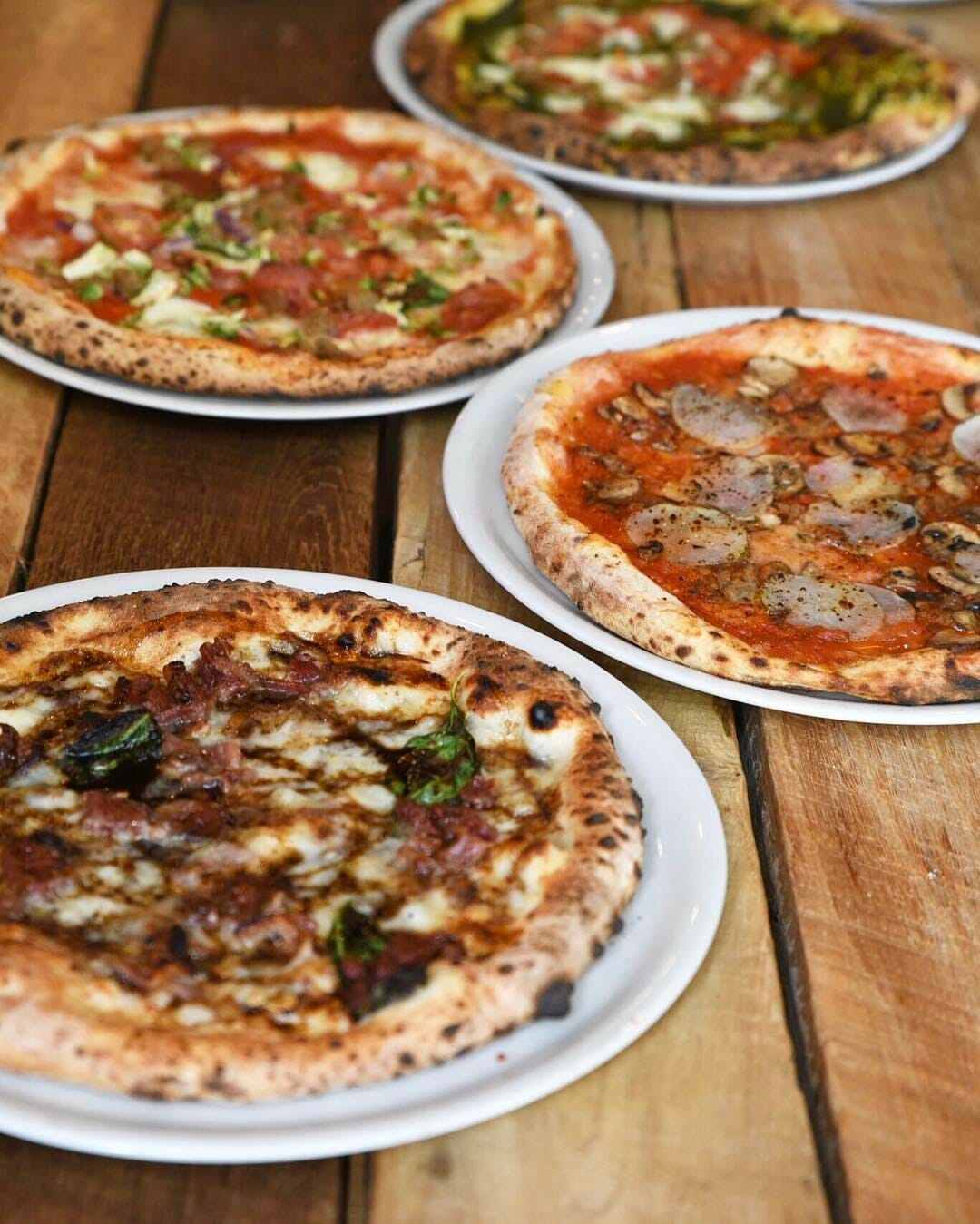 il Lazzarone (pronounced “lazzaˈroni”) is a family-owned pizzeria. The lazzaroni were the street folk of Naples. In fact, they were the ones who in essence invented pizza. It is said that when a lazzaroni had worked long enough to afford a Neapolitan pizza and a bottle of wine, he is done working for the day. The il lazzaroni embodied the true Italian spirit of relaxation and community which is what we try to do here. We pride ourselves on the highest quality ingredients and follows the law of traditional Neapolitan wood-fired pizza using only four simple ingredients in the dough and cooking the pizza in under 90 seconds. il Lazzarone is one of 77 locations in the entire United States with official certification. Chef Erik and Lesley Borger opened their first location on Frederick Avenue in March of 2014 and their second location in the Kansas City Rivermarket in March of 2015.