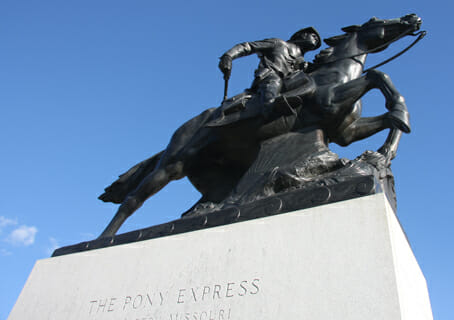 The first Pony Express Statue was unveiled in St. Joseph, Missouri, on April 20, 1940, commemorating the 80th anniversary of the Pony Express. The horse appears to leap ahead with the encouragement of the rider, who swings a quirt past its flank.

This statue commemorates the pioneer spirit exhibited by citizens of St. Joseph during the time of the Pony Express originated in 1860-61.