Symphony Story-Telling with Peter and Scheherazade 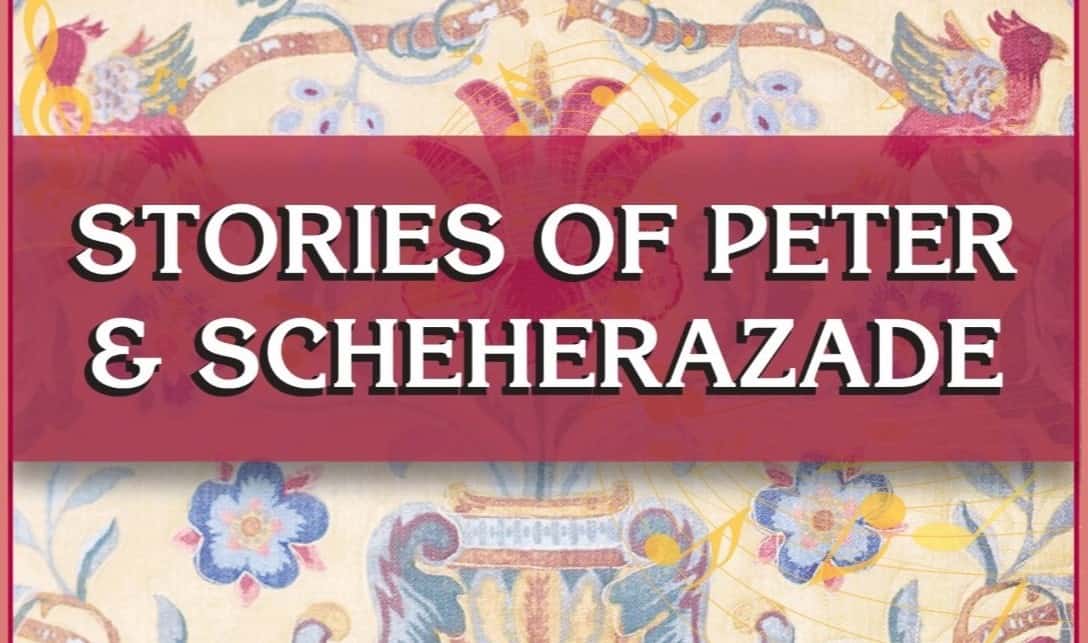 Bring the whole family to enjoy this performance by the St Joseph Symphony under the direction of conductor, Christopher Kelts at the Missouri Theater on Saturday, March 26th.

Audience members will enjoy “Scheherazade” by Nikolai Rimsky-Korsakov and the iconic “Peter and the Wolf” by Sergei Prokofiev narrated by our own Mayor Bill McMurray.

Scheherazade is the young bride of a Persian Sultan. After one of his wives cheats on him, he decides to take a new wife every day and have her executed the next morning. But it all stops with clever Scheherazade and the 1,000 stories she tells each night, saving the ending for the following night that her life be spared.  Set in Eastern Europe, Peter is a slight lad, solitary, locked out of the woods by his protective grandfather, his only friend a duck. When a wolf menaces the duck – as well as grandfather’s fat cat and an ill-flying bird that Peter has befriended – Peter bravely tries to tree the wolf in this imaginative introduction to the expressive sounds found in the orchestra.

Originally titled, “Tales From Russia,” the name of the concert was changed following the Russian invasion of Ukraine. The music program, however, remains the same and the art will certainly speak for itself.

Kelts said, “As we all continue to monitor the awful war developing in Ukraine, our minds and hearts go out to the people suffering at the hands of an evil regime.  Symphony orchestras around the world are expressing their desire for peace, and the Saint Joseph Symphony shares that desire.  In the words of the late Leonard Bernstein; “This will be our reply to violence: to make music more intensely, more beautifully, more devotedly than ever before.””

Reserved seats from $15 to $45, student prices $7.50 to $15 (plus fees.) Purchase tickets online at www.saintjosephsymphony.org, from the symphony office 816-233-7701 or at the box office on day of show. The Missouri Theater is located downtown on Edmond between 7th and 8th Streets. Pre-Curtain talk with Chris Kelts at 7:00 pm, the performance 7:30 to 8:30 pm. Masks are optional.