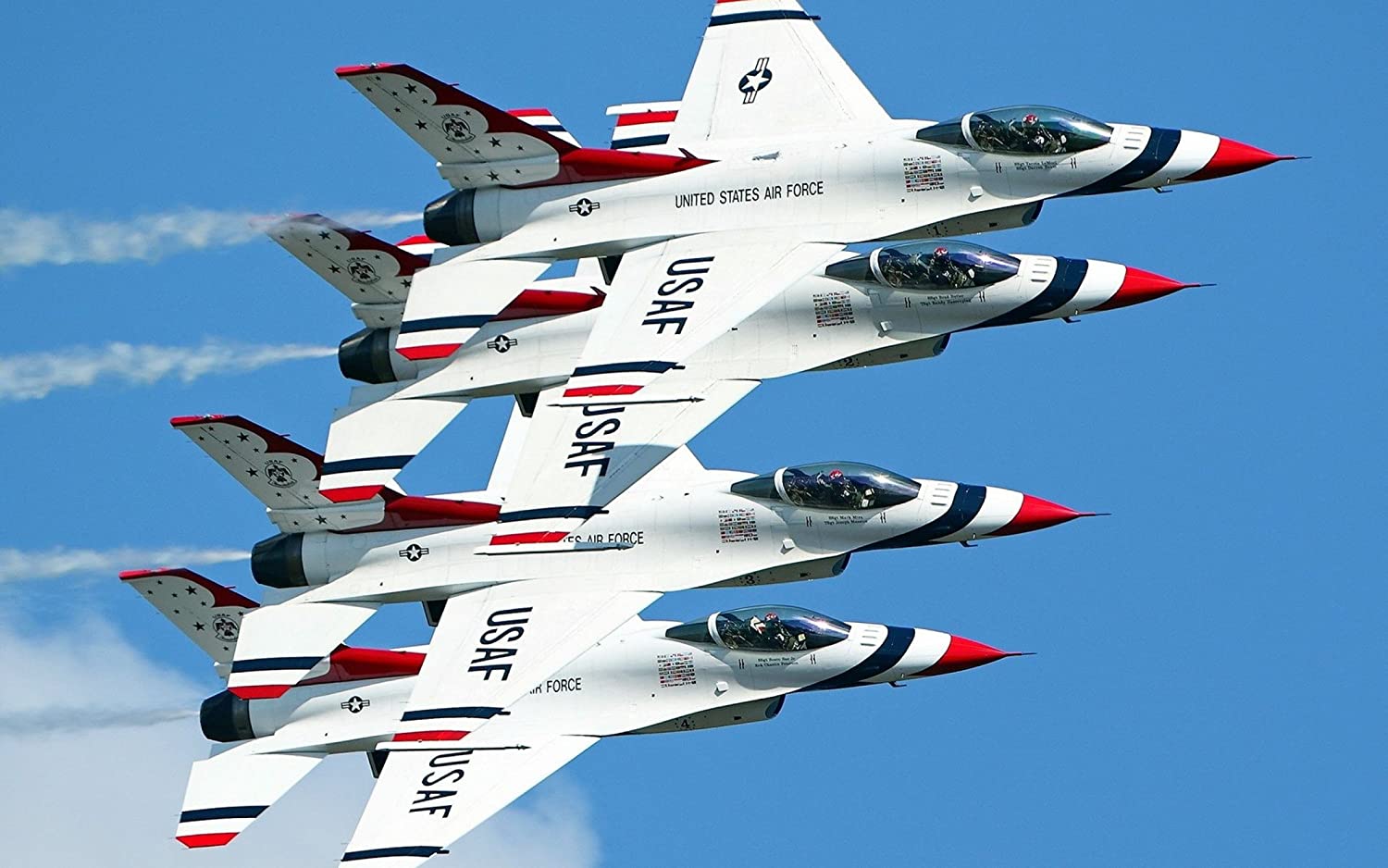 ST. JOSEPH, Mo. (Rosecrans Air National Guard Base) – The U.S. Air Force Thunderbirds air demonstration squadron will headline the 2021 Sound of Speed Air Show and Open House on May 1 and 2 at Rosecrans Memorial Airport, 100 NW Rosecrans Rd. Gates will open from 9:00 a.m to 5:00 p.m both days with the show starting at noon.

The air show is free and open to the public. Multiple civilian and military flying acts will perform and there will be many aircraft on static display. A ticket is required for entry into the air show and must be obtained prior to arrival, at stjairshow.com, free of charge. Face masks will be required to wear for entry and duration of the air show. Temperatures will be taken at the gate.

Media are invited to attend the arrival of the Thunderbirds at Rosecrans on April 29 at 2:30 p.m. to capture broll of the aircraft flying over the airport in various formations before landing. Plane side interviews with the Thunderbirds will be available at 4:15 p.m.  Please send an email to usaf.mo.139-aw.list.pa-public-affairs@mail.mil and 139awpa@gmail.com if you plan to send a reporter. Media must be escorted on base for this event. Boom microphones during media interviews are requested and preferred.

The Sound of Speed Air Show is hosted by the Missouri Air National Guard’s 139th Airlift Wing, the city of St. Joseph, and Buchanan County.

The air show is free and open to the public.

The Missouri Air National Guard’s 139th Airlift Wing is comprised of approximately 1,100 citizen-Airmen from local communities throughout the region. The unit operates the C-130H Hercules cargo aircraft and has a dual mission to the state of Missouri and the federal government. Rosecrans Air National Guard Base is located at Rosecrans Memorial Airport, St. Joseph, Mo.